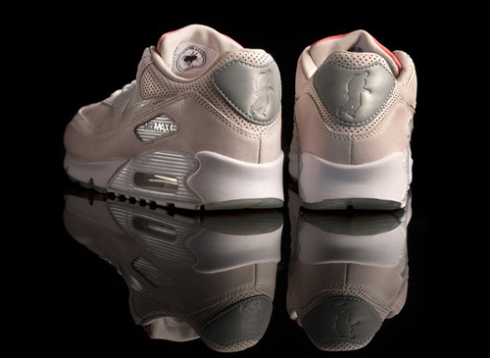 U.K. pop act Lily Allen and rapper Dizzee Rascal have each scored two nominations for the 55th Ivor Novello Awards.
The award for British songwriters and composers take place at London's Grosvenor House on May 20.
Allen and co-writer Greg Kurstin are nominated for best song musically and lyrically for 'The Fear' (Universal Music Publishing and EMI Music Publishing). In that category, they compete with London band Patch William - which released its self-titled debut album exclusively via iTunes - and their song 'The Last Bus' (Chrysalis Music), and Nick Hemming for the Leisure Society song 'Save It For Someone Who Cares' (Notting Hill Music).
Hemming was nominated last year - the first time a songwriter without a publishing deal had been recognized by the judging panel. He went on to sign with Notting Hill and signed a label deal with Full Time Hobby.
'The Fear' is also nominated in the PRS for Music most performed work category, alongside 'The Promise' recorded by pop act Girls Aloud and co-written by songwriters including Xenomania and published by Warner/Chappell, and 'Broken Strings' recorded by James Morrison and featuring Nelly Furtado. The song was written by Morrison, Fraser T. Smith and Nina Woodford and is published by Sony/ATV and Chrysalis.
Dizzee Rascal's chart-topper 'Bonkers' is nominated for best contemporary song; it was written by the rapper (real name Dylan Mills) and Armand Van Helden and is published by Notting Hill Music and Bug Music. 'Bonkers' is up against Bat For Lashes' 'Daniel' (Chrysalis Music), written by Natasha Khan, and La Roux's 'In For The Kill,' written by the duo and published by Big Life Music.
The Dizzee Rascal set 'Tongue N' Cheek' is nominated for the album award. It is up against Paolo Nutini's self-penned 'Sunny Side Up' (Warner/Chappell Music) and the self-titled ' The Duckworth Lewis Method,' written by Neil Hannon and Thomas Walsh and published by Sony/ATV Music Publishing.
The cricket-themed album from the Divine Comedy frontman Hannon became an unofficial soundtrack to the 2009 Ashes series, during which England was victorious over Australia, and the duo performed on BBC radio's 'Test Match Special.' The launch of the album included a gig at south London cricket ground the Oval.
'It was a wonderful crossover, a meeting of great things - cricket and music,' Hannon tells Billboard at the nominations. 'It was a lovely time in our lives.' The sporting album was, he admits, originally a 'stupid idea' dreamed up in the pub - but the duo then realized it could be a successful musical concept.
Hannon endured a 13-hour journey from Dublin by ferry and train to make the nominations, as a result of the shutdown of U.K. air traffic because of volcanic ash. 'It is an amazing honor to be nominated, so I thought it was only decent to show up,' he adds.
The album was self-released but Hannon said that it performed as well as the 2006 Divine Comedy album 'Victory For The Comic Muse' released by Parlophone/EMI.
'It sold as many as my previous [Divine Comedy] record so it's absolutely a raving success because we thought if we even had an album, we thought we would probably just put it out on the Internet and a couple of thousand people might buy it,' says Hannon. 'It was much, much more than that.'
Hannon recently signed with Sony/ATV after a long spell with BMG Music Publishing, having been let go after Universal Music Publishing Group took over BMG. The new Divine Comedy album 'Bang Goes The Knighthood' is out May 31 in the U.K. on Divine Comedy Records.
The Ivor Novello awards also launched a best original video game score this year. The nominations are the team behind the score for 'Empire: Total War' (SEGA), Joris de Man for 'Killzone 2' (Sony Computer Entertainment Europe) and Armin Elsaesser for 'Savage Moon: Waldgeist' (Sony Computer Entertainment Europe).
'Whenever they develop the game of hunting down rare works of literature in the libraries of Europe, I hope they come to me for the soundtrack,' Hannon says in response to the new categrory.
Asked if he really would write a game soundtrack, Hannon says, 'If I thought I'd be good for that game then yeah, because I play them - I've got Scrabble app on my iPhone.'
The best television soundtrack category is between Daniel Pemberton for 'Desperate Romantics' (Moncur Street Music), George Fenton for 'Life' (Shogun Music) and Adrian Johnston for 'Red Riding 1974' (Manners, McDade and McCleery Music).
John Powell's score for 'Ice Age 3: Dawn Of The Dinosaurs' (EMI Music Publishing) is nominated for best original film score, alongside Helene Muddiman for 'Skin' (Mack Mummy Music Publishing) and Ilan Eshkeri for 'The Young Victoria' (Cutting Edge Music).
The awards are presented by the British Academy of Sonwriters, Composers and Authors (BASCA) and PRS for Music. Special awards in the gift of the Academy include international achievement, lifetime achievement and the Academy Fellowship.